Top Picks for a Healthy Culinary Lifestyle
Click Here
Top Picks: Checkout our reviews on WordPress and rate us!

By: admin
In: Blogs, Fruits
With: 0 Comments

What’s the difference between Tangerines, Clementines, Tangelos and Mandarins?

They’re all hybrids of Mandarin oranges which were first brought to England from China in the early 1800s.

Tangerines are a cross between a mandarin and an orange, first shipped from the Moroccan port of Tangiers.

Clementines are tangerines, without seeds developed by Father Clementine.

Tangelo’s are a cross between a tangerine and a pomelo which is a type of grapefruit, and looks like large oranges.

And Temples look like overgrown tangerines with seeds and sweet juicy fruit.

They’re all rich in antioxidants and beta-carotene. Eat them while they’re in season from December / January until April.

No comments to show.

We celebrate the joys of wine and food from around the world, while sharing the wonderful cuisine and vintages created in Niagara.

END_OF_DOCUMENT_TOKEN_TO_BE_REPLACED 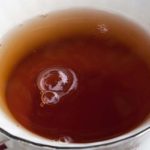 Learn the basics about Bergamot and Earl Grey Teas 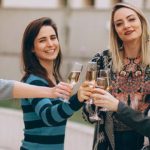 Making a Toast for Festive Occasions

How to make a classy, flattering toast with wine for a festive occasion.